In my previous post I showed pictures from Bock casemates. Today is the time to tell you about Petrusses Casemates, located on another side of the Luxembourg city.

At the end of August I had a friend of mine visiting me in the city. Actually, a visit of friends or family is a nice opportunity to discover those parts of the country which you have never visited before due to lack of time. So we went to Petrusses casemates and took a guided tour through the underground of the city. 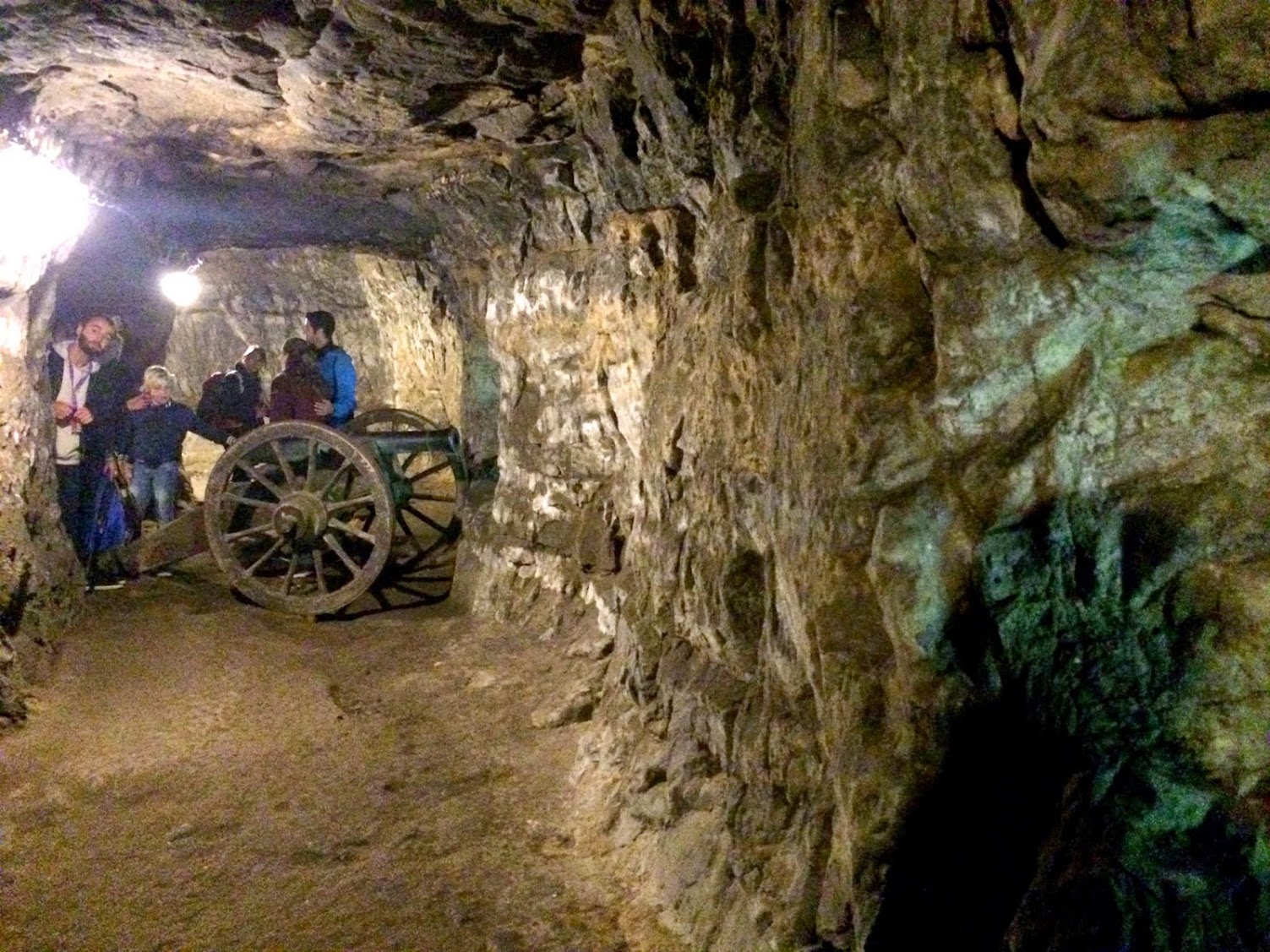 The casemates were built at the time of Spanish invasion, when the Spanish were modernising mediaeval works and building large bastions around all the occupied territories. The entrance to the casemates is at the  present Place de la Constitution (Constitution Square). 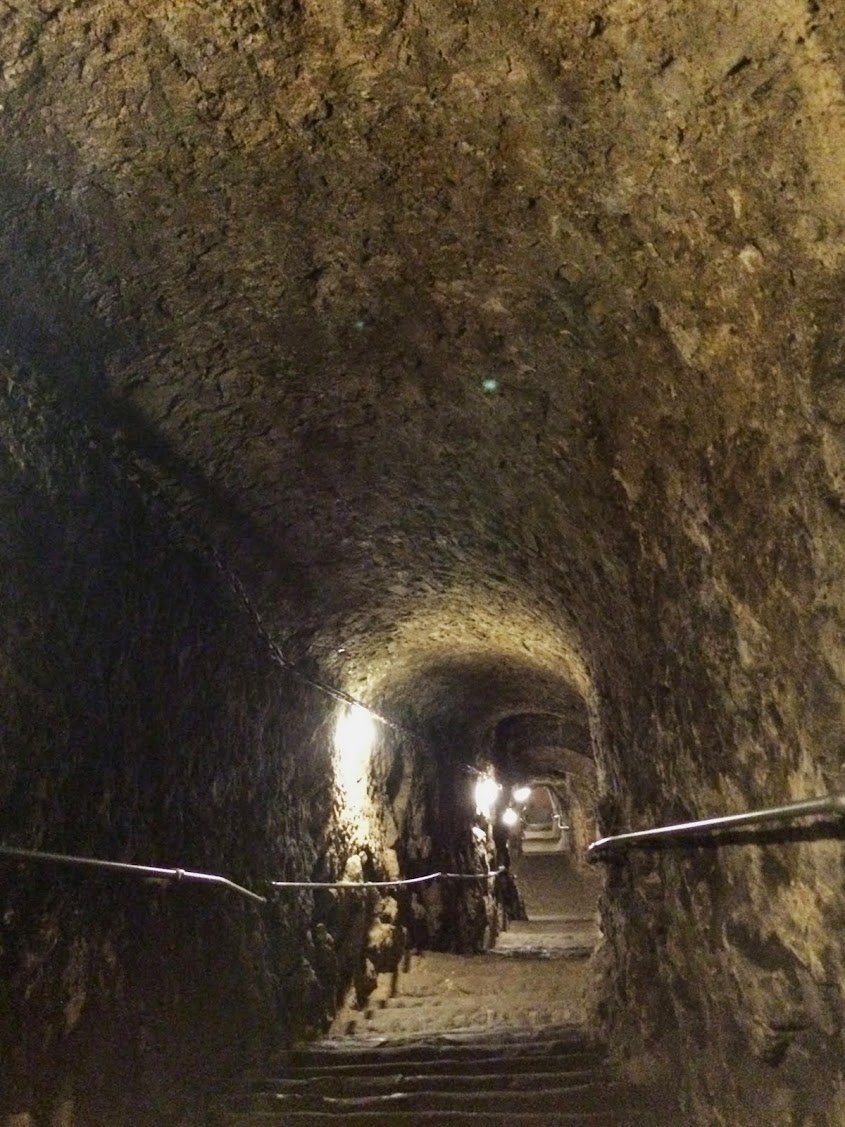 To get to the casemates themselves visitors must take long and slippery stairs.

The platform was situated at the same height as the neighbouring second rampart on the right (the terrace which used to be reached by the grand staircase). For defence purposes, this platform was surmounted by a cavalier, a tall masonry structure which served as a place for a few cannons and whose parapet was at the level of the present Boulevard Roosevelt. In 1673, the Spanish raised the Ravelin (an old term denoting a half-moon) of the Pâté, intended to reinforce the Beck Bastion. 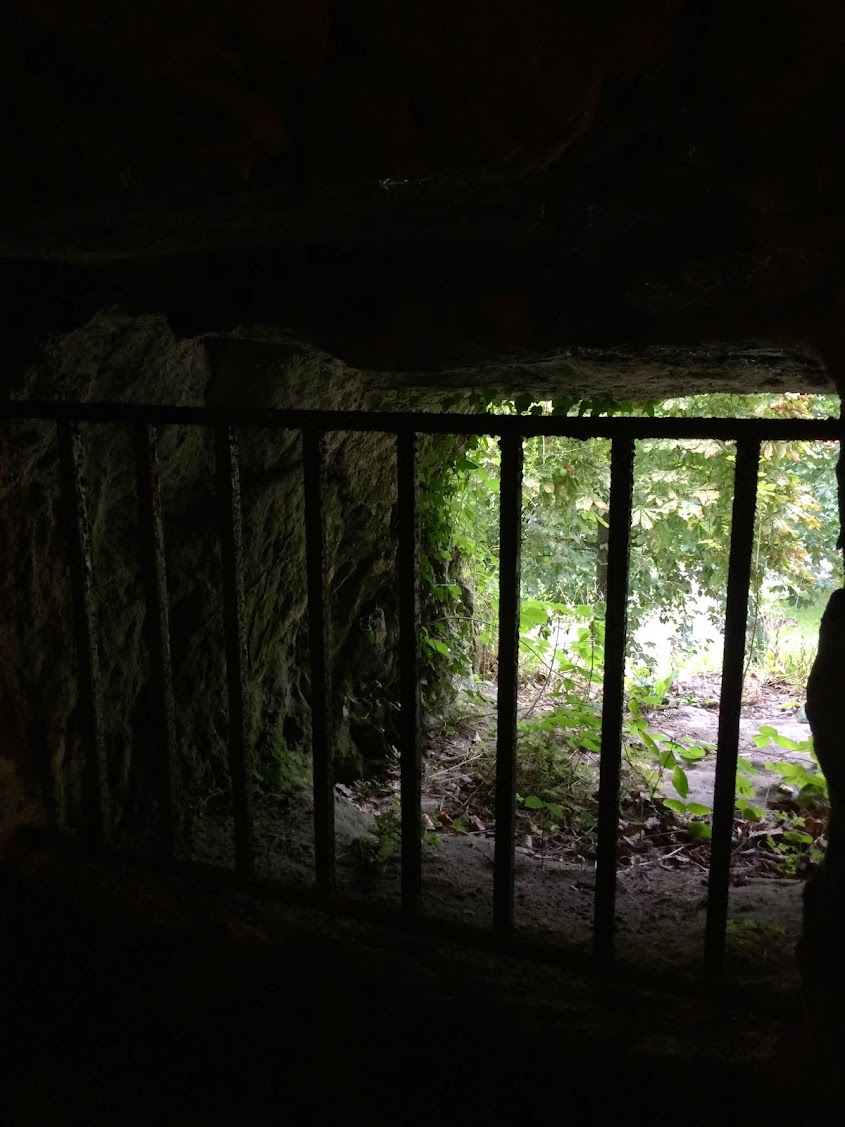 These works are one of the few Luxembourg fortifications to have been mainly preserved. Marshal Vauban gave the Pétrusse works their present form. In 1728-29, the Austrians built the “grand staircase” with the Bourbon Lock and in 1746 the casemates called the “Pétrusse battery”. 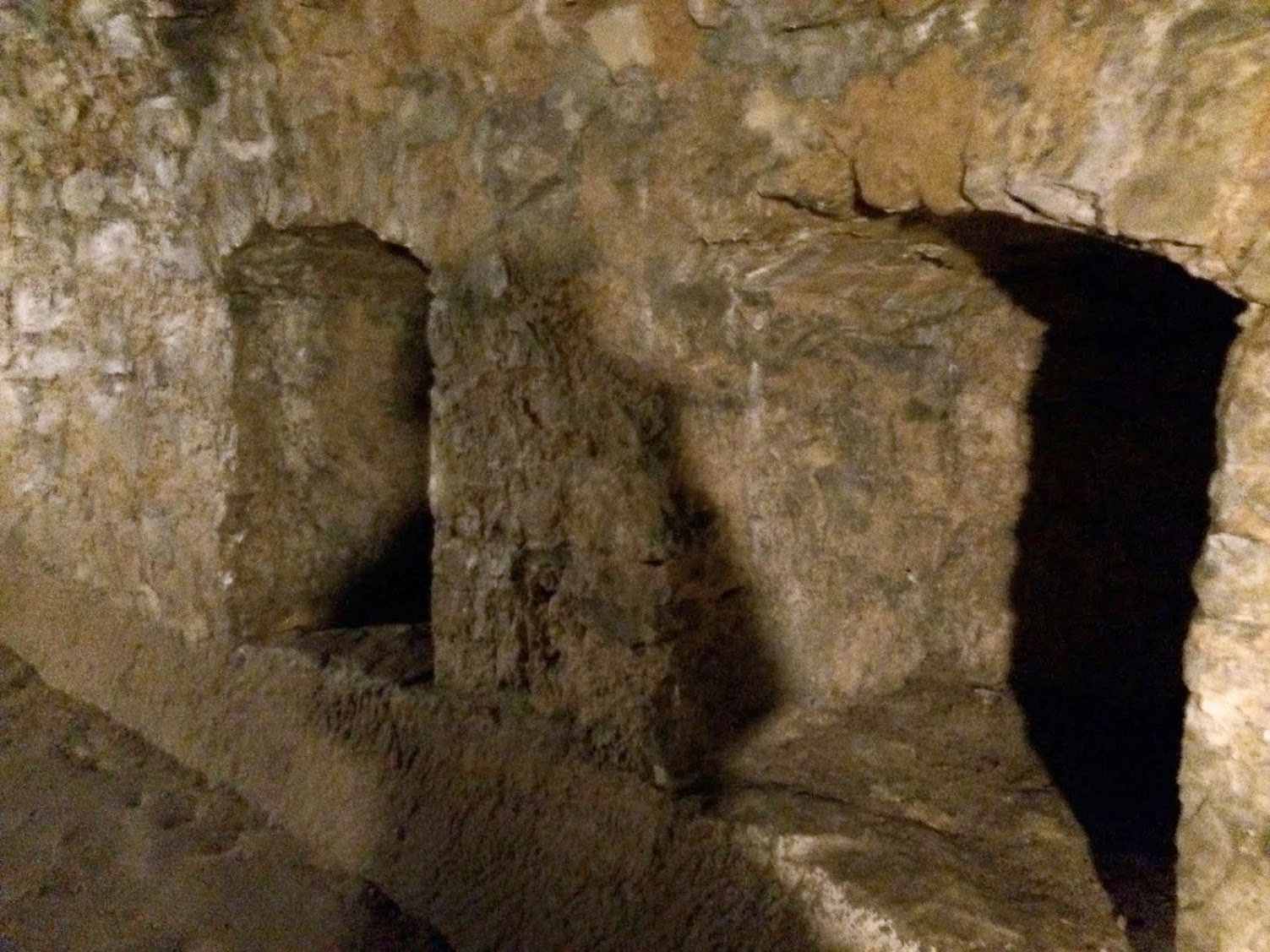 After the fortress was dismantled in 1867, the loopholes were simply bricked up and most of the entrances closed, but one last tribute had to be paid to the old ramparts. 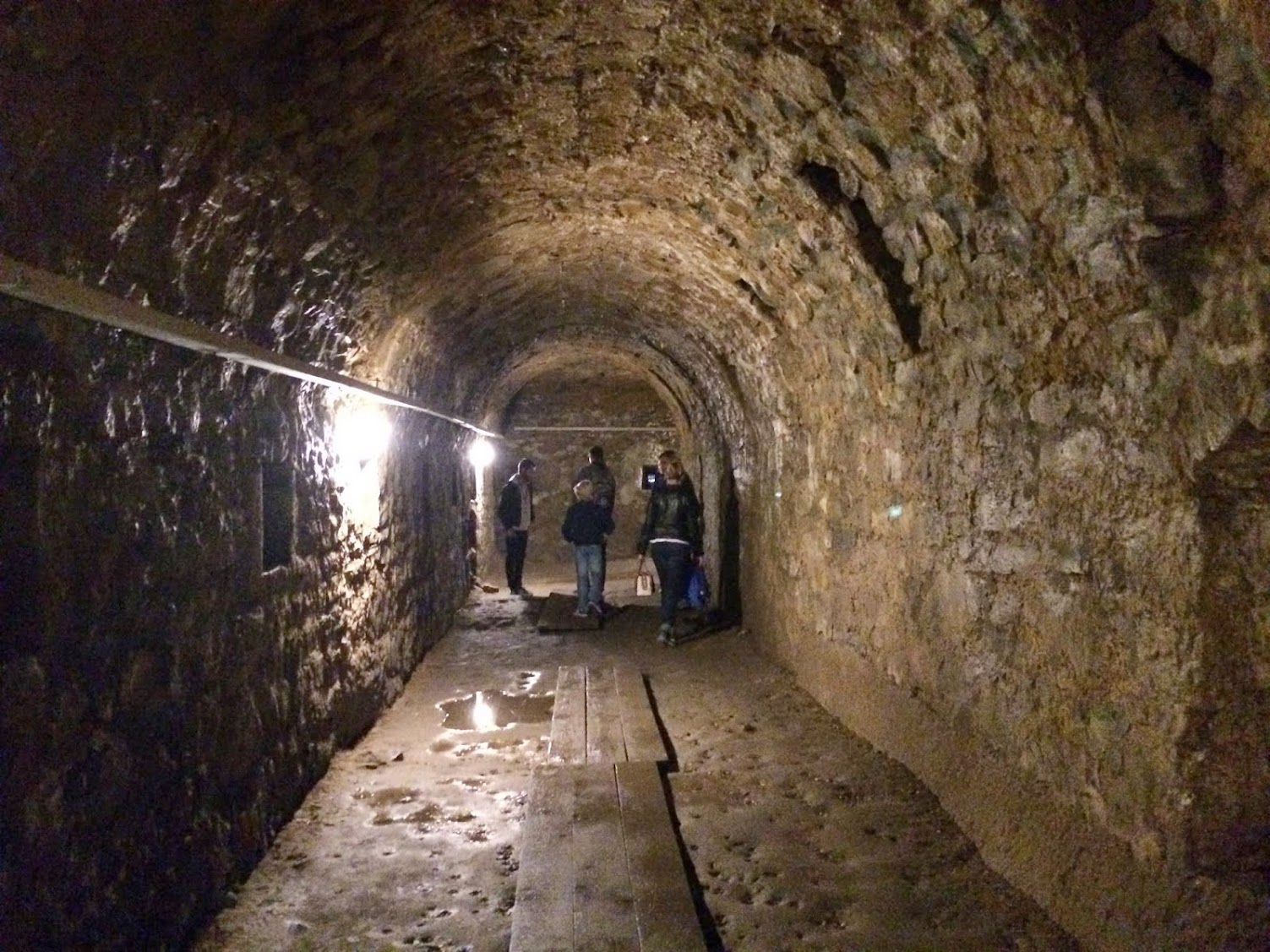 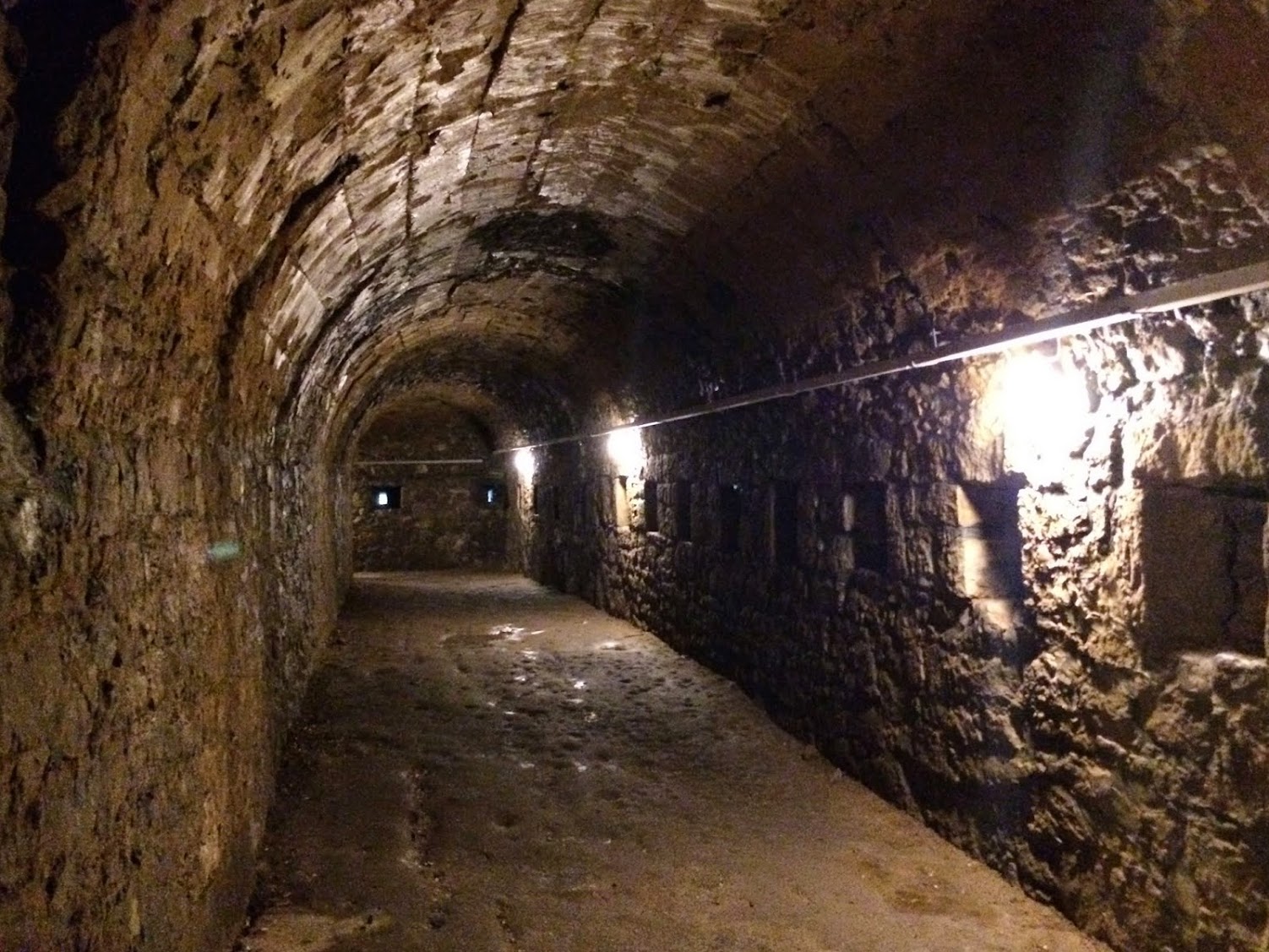 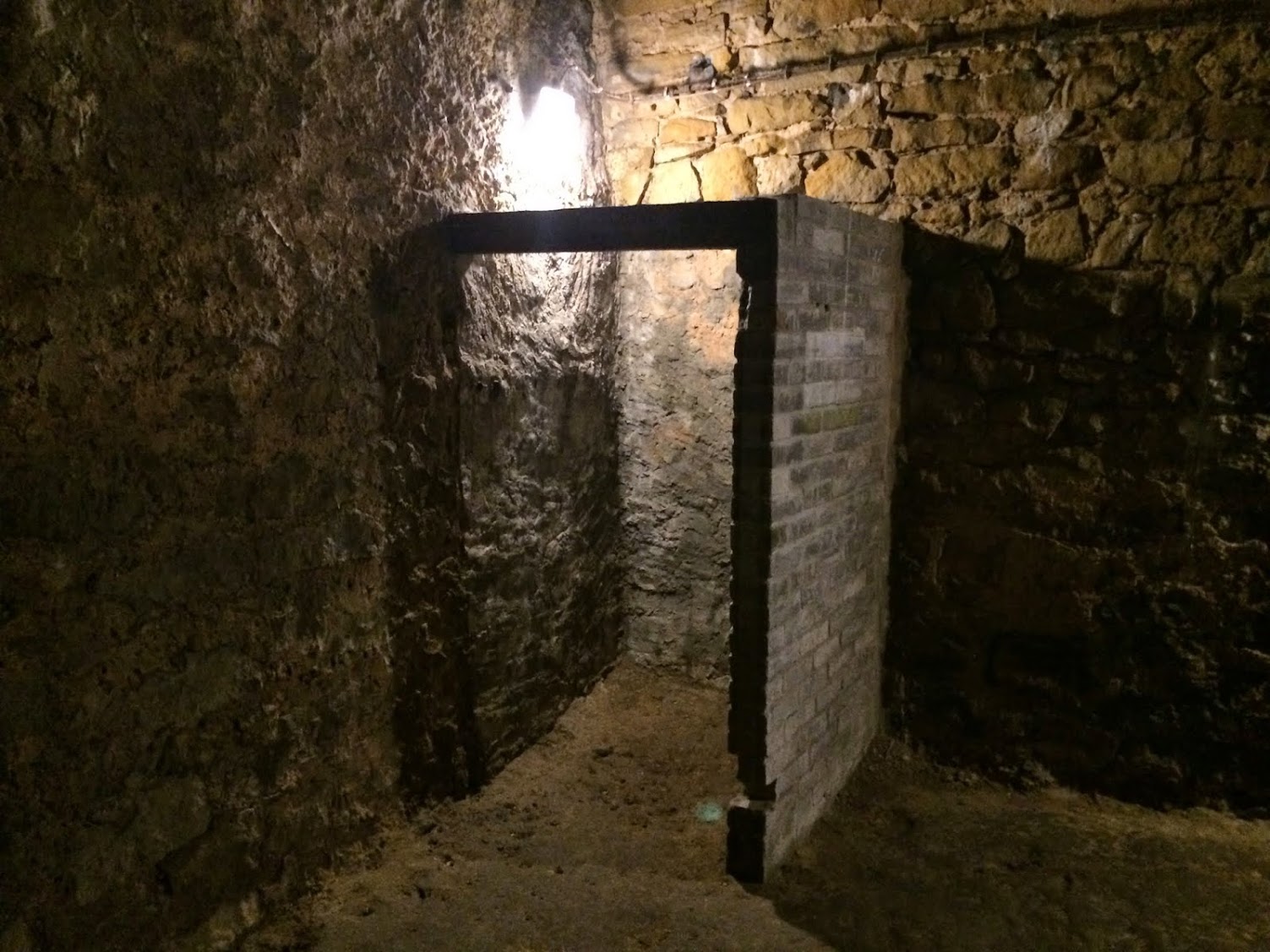 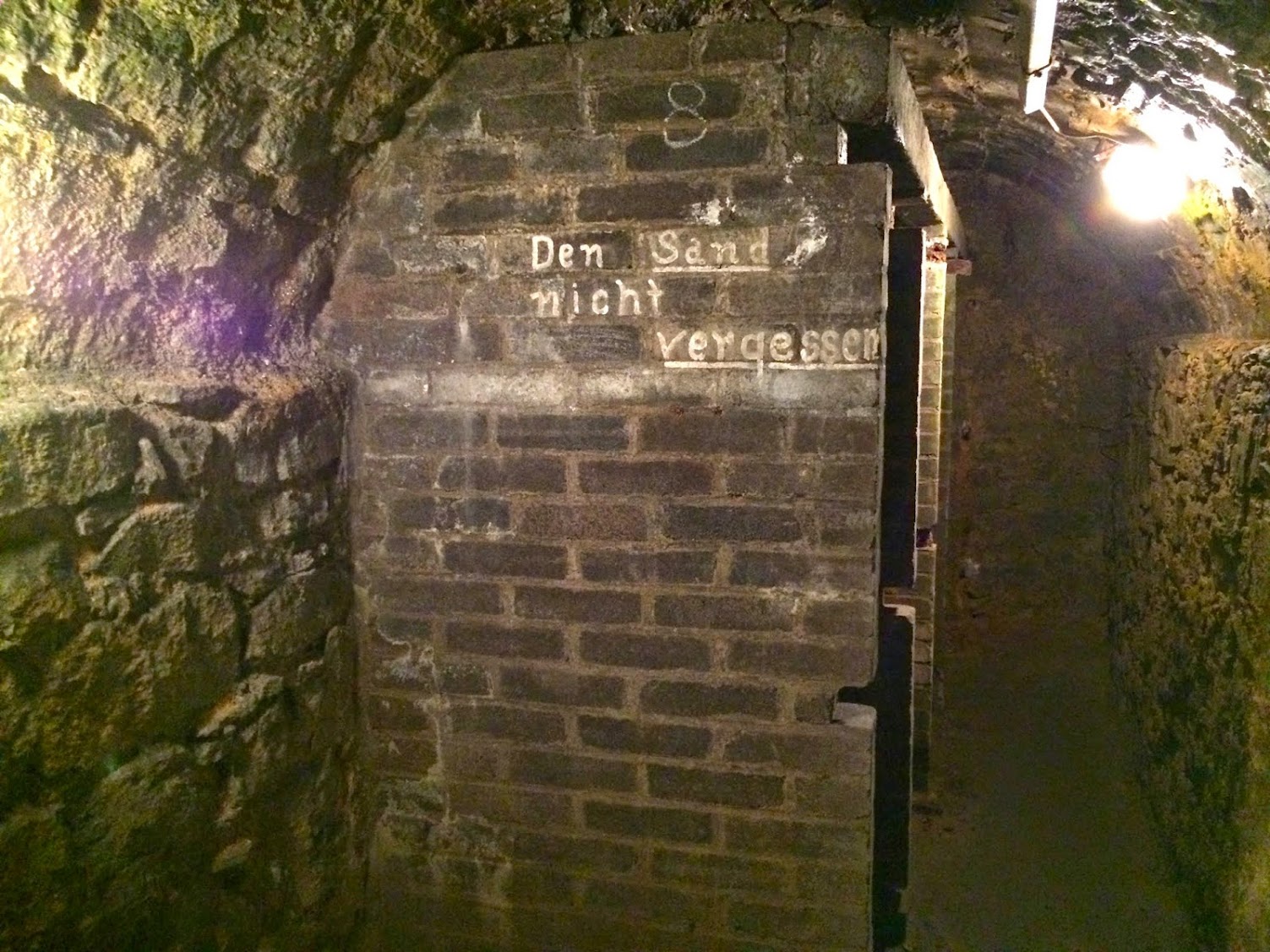 “Don’t forget to take sand when going to the toilet” 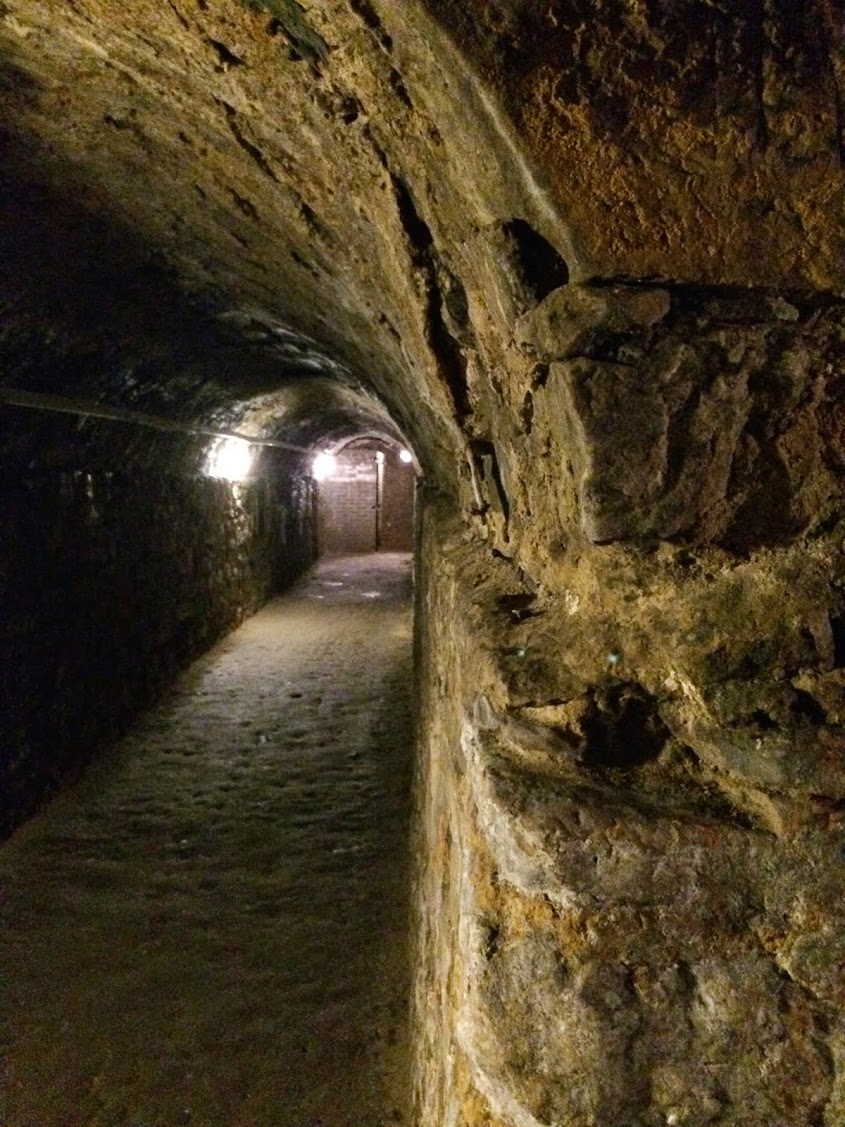 The Arquebusiers Society, the former Brotherhood of Saint Sebastian, founded in the 14th century, was installed on the second rampart to the right and used to shoot from here into the trenches of the Fort Bourbon. At the same time, a clever gardener made use of the galleries and batteries of the Ravelin of the Pâté to grow mushrooms. After the departure of the arquebusiers in 1903, the Pétrusse Casemates were completely closed.

Since 1933 Petrusses Casemates are open to the public.

Open during school holidays (Easter, Whit, Summer). Guided tours every hour from 11am till 4pm.

After the casemates we came to the balcony of the city, also known as the balcon of Europe to enjoy the view. 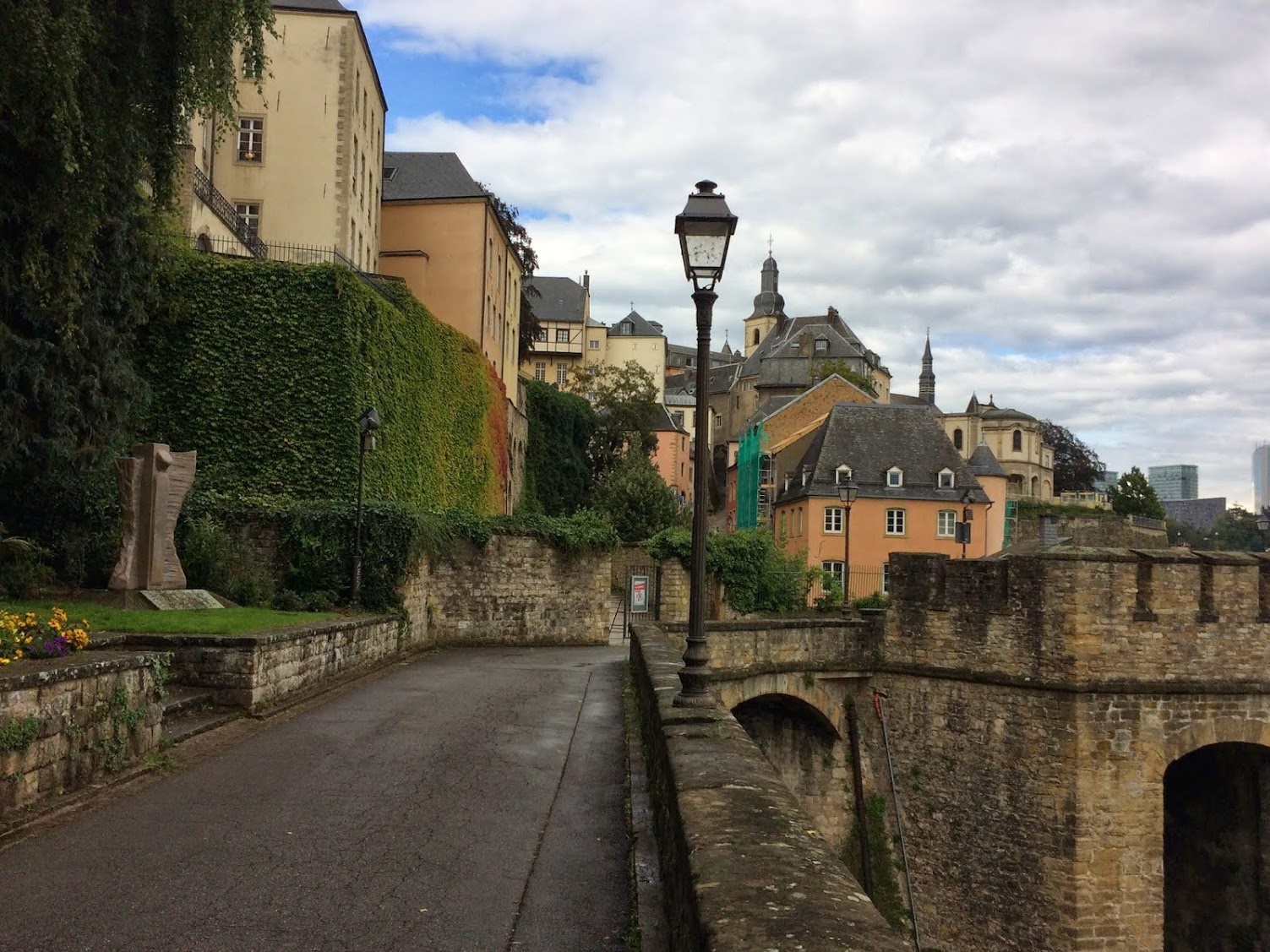 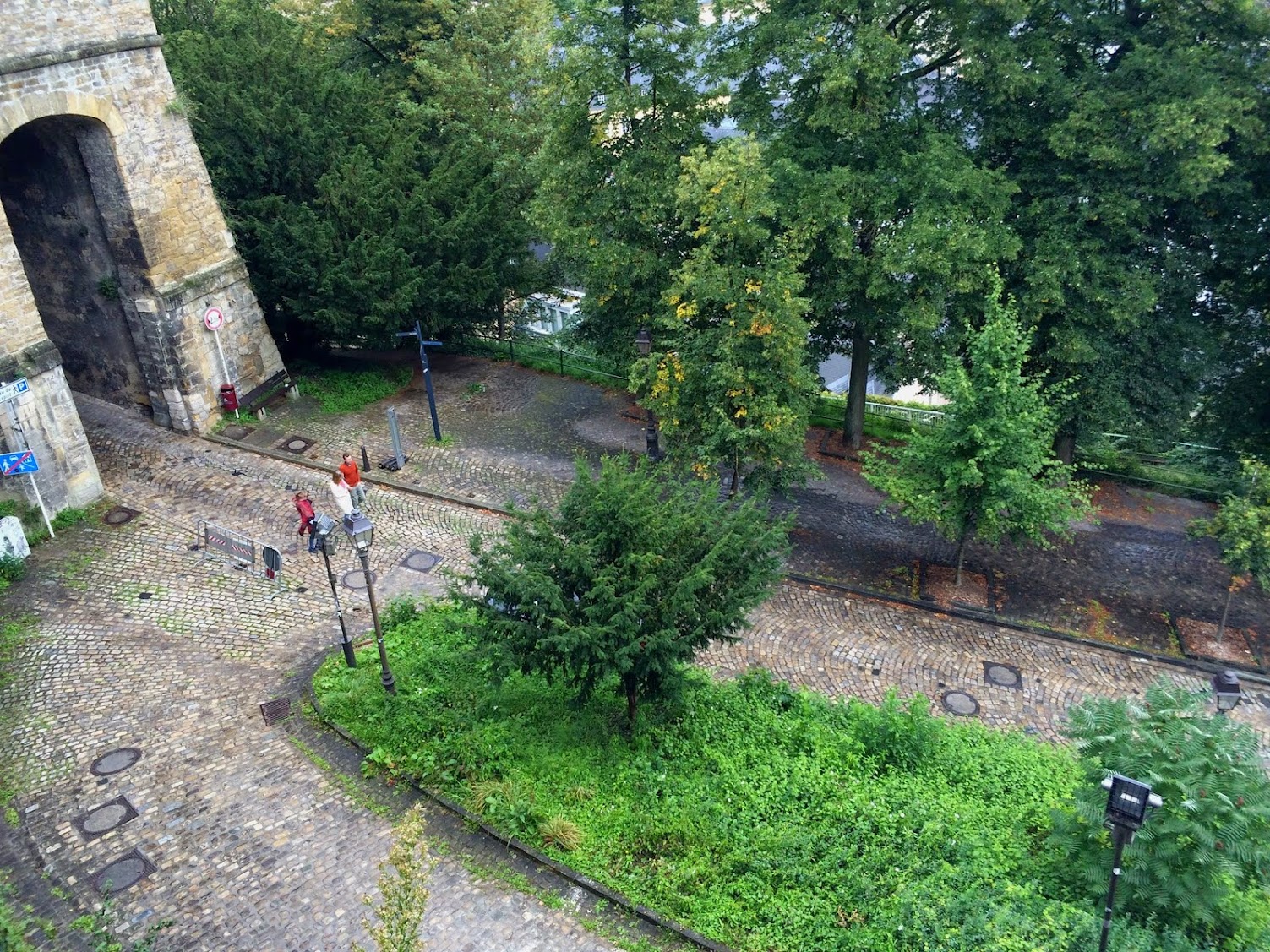 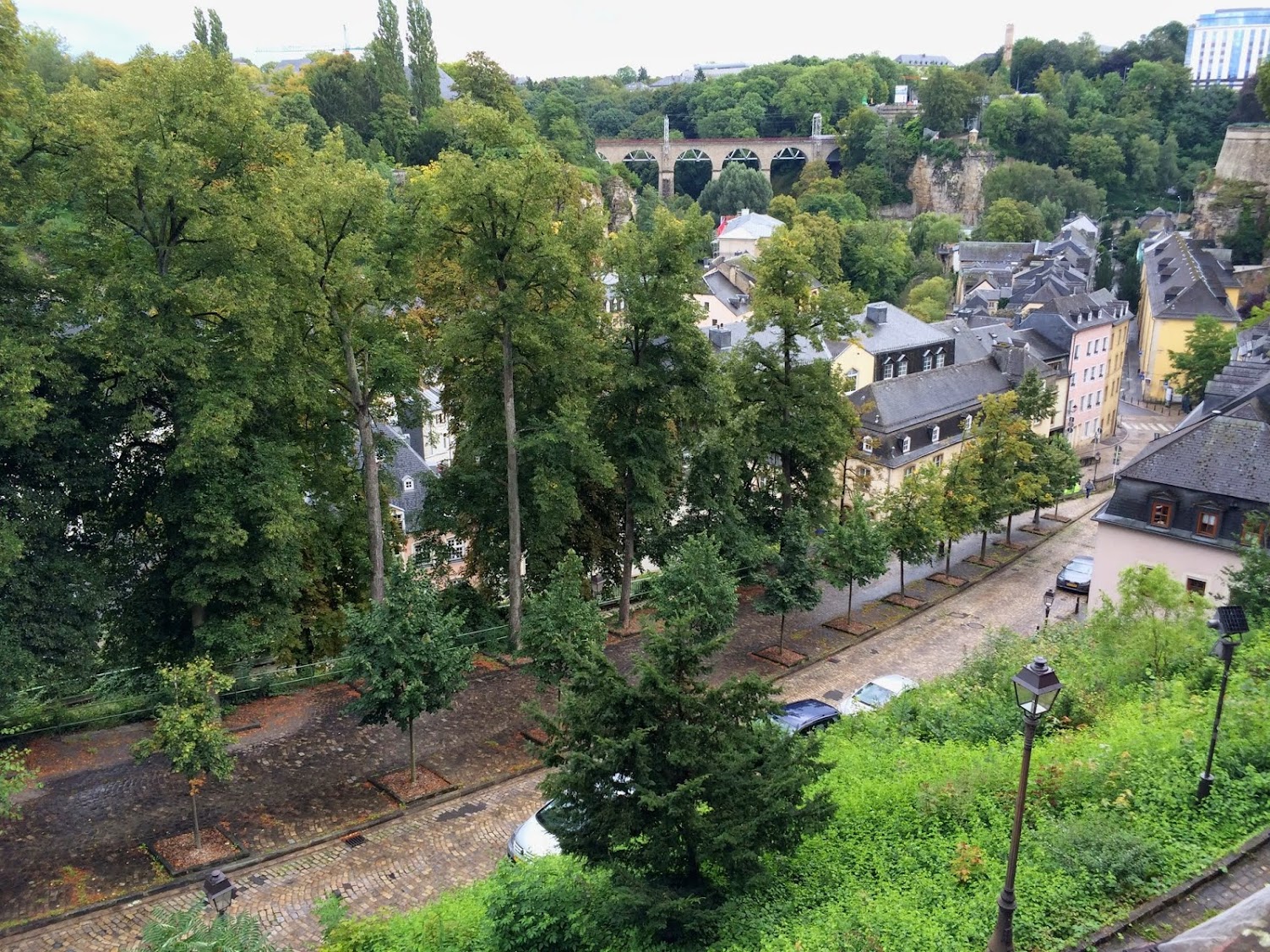 A road which goes to the Grunde quarter 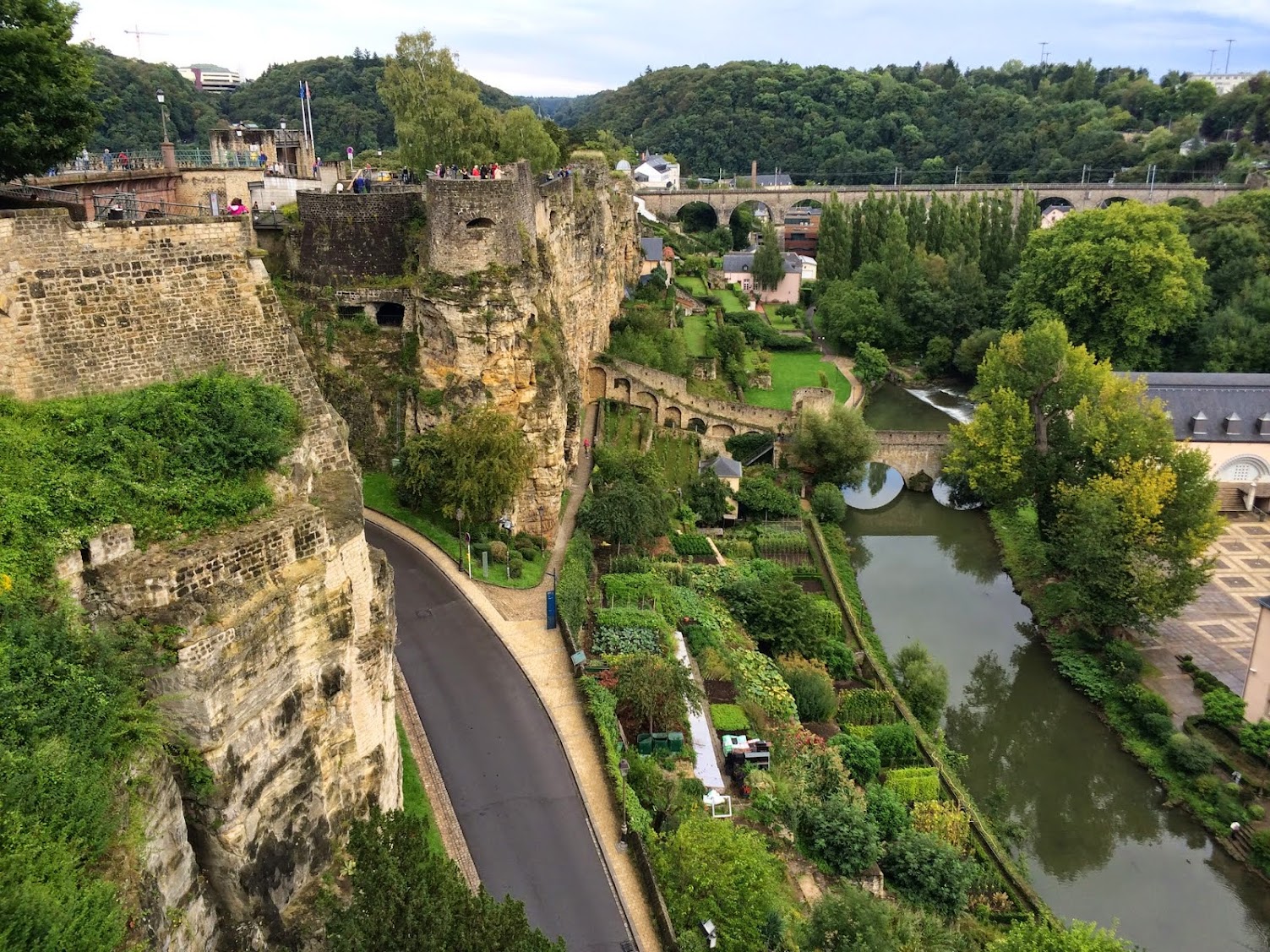 ← Underground secrets of Luxembourg
One weekend in Paris →

One thought on “Petrusses Casemates”